Although the Japanese music scene is one of the most renowned Asian scenes in the Western world, it must be noticed that it’s often done through the Cool Japan prism and its immaculate image. However, there is an especially vibrant alternative scene in Japan, which does not only come with showing a great plurality and inventiveness, but also doesn’t need the help of the dominant industry to find its way towards public recognition.

In nearly ten years of career, five albums, a documentary about them and the holding every year of a do it yourself music festival with the best of the country’s independent music, the alternative rock band GEZAN became one of the major players in this music scene. The release of their album KLUE, on January 29 2020 on their own label Jusangatsu Records, has confirmed that GEZAN is one of the bands in the Japanese underground that you must keep up with. 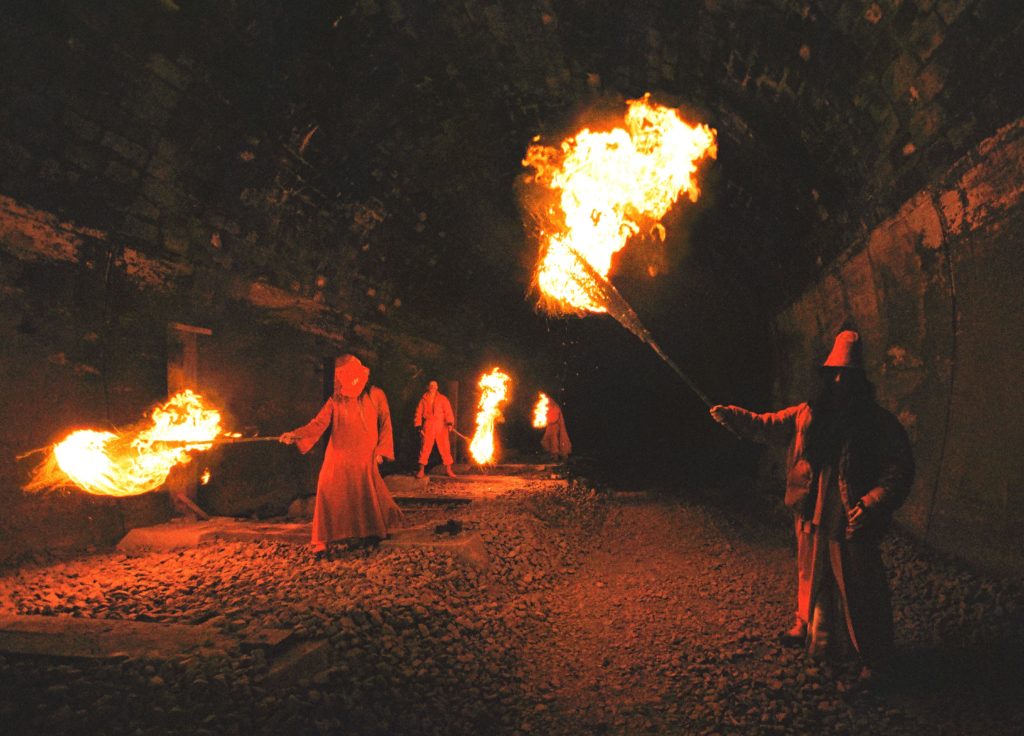 From Osaka to Tokyo, from noise rock to punk rock

Formed in Osaka in 2009, GEZAN is composed of Eagle Taka on guitar, Carlos Ozaki on bass, Mahito The People on vocals, and Ishihara Roscal on drums since Shark Yasue left the band in 2016. In an interview with the Japan Times in 2020, Mahito The People explained that « in one sense, not using [his] own name is what allows [him] to be defiant ». Similarly, Eagle Taka claimed that « it gives [him] an opportunity to think about who [he wants] to be when [he is] with the rest of the group ».

GEZAN got their start in noise rock at Namba Bears, a famous underground venue in the Namba district of Osaka, and notably obtained the endorsement of the masters of Japanese psychedelic rock, Acid Mothers Temple. The reputation of the band was mainly due to the vehement performances of the members on stage. After their first album Katsute Uta To Iwareta Sore in 2012, which attempted to synthesize their chaotic scenic energy, the band was offered the opportunity to play at the Fuji Rock Festival on the Rookie A Go-Go stage, dedicated to emerging artists, proving then the dazzling success of the group. Around the same time, GEZAN started to move progressively their activities to Tokyo, until eventually settling in the capital.

Gradually, the band changed their sound and created songs that aimed to be more catchy, approaching somewhat to the standards of the dominant music industry. The result, in 2014, was the release of a second album 凸 -DECO- and an EP Strawberry Edge which turned out to be more consensual. Yet, the underground identity of GEZAN was not tainted, as evidenced by a concert the same year at Shinjuku Loft, a famous underground venue in the Kabukichō district of Tokyo, where the band shared the event with Togawa Jun, an iconic singer of 1980s and major figure of the Japanese avant-garde. The release in 2016 of the third album NEVER END ROLL proved that GEZAN akin to the punk scene and found uniqueness through the easily recognizable voice of Mahito The People. Although the album is uneven overall, some songs stand out such as blue hour, Iitai dake no void or light cruzing. The climax of NEVER END ROLL is however reached in the song wasted youth when the singer claims « Only one to say motherfucker ! ». In the way of the Sex Pistols playing with the British puritanism in the late 1970s, GEZAN seems to criticize a certain rigidity of Japanese politeness. Nevertheless, Mahito The People adds to this allusion a « Too late to die » that diverts the No Future philosophy of the punk movement.


Silence Will Speak and KLUE : a new maturity

After appearing in the film Yamato (California) by Miyazaki Daisuke and the release in 2017 of a 7inch EP Absolutely Imagination on the label KiliKiliVilla, GEZAN marked a new change of sound in their career – reconnecting with one of their first album – with the release in October 2018 of Silence Will Speak. Besides the fact that this fourth album was recorded by the famous Steve Albini, known for the record of, among others, In Utero by Nirvana or Rid Of Me by PJ Harvey, Silence Will Speak has a strong relationship with the United-States of America. The documentary Documentary of GEZAN : Tribe Called Discord which was directed by Kamiya Ryōsuke and released on June 2019 talks about this link between the band and the country by following the members of GEZAN during their American tour where the group faced the societal reality of the country, through meetings with the middle class, Native American populations or the skateboard community. The result : an album showing a new maturity, moving away from punk rock to sounds all the more visceral, while mixing various musical genres as it can be heard in songs such as Mukami No God (Know ?) or Nikutaii Uta Body Odd.

This musical growth was the first step leading to the release in January 2020 of the band’s latest album, KLUE. Real maelstrom between rock, punk rock, metal or even stoner rock, this fifth album mixes heavy riffs hypnotic loops, tribal rhythms or guttural sounds. In the Japan Times, Mahito The People described the artistic intentions of the album : « I started with an image of creating a kind of collage. […] When you look at Shibuya at the moment, it’s non-stop construction. I’m fascinated by the way things are constantly changing — a building that was there six months ago is suddenly gone — and I wanted to create that same kind of sense. There may be some songs that immediately stand out, but there are others that only take shape within the overall flow. ». Therefore, it is strongly recommended to listen to KLUE without interruption, in order to be able to comprehend the gradual evolution of the album which leads to the single – and climax – Tōkyō. 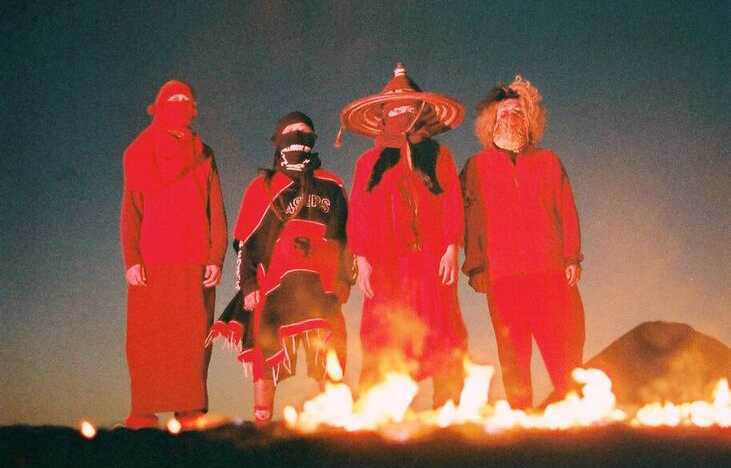 Like the « We can’t stand, we need a change » concluding the song Tōkyō, this fifth album by GEZAN is also characterized by the political significance of its lyrics – available in English on Bandcamp – which is a notable fact in a relatively depoliticized country. Different injuctions punctuate KLUE such as « Dance, dance, Revolution » in EXTACY, « Tokyo is causing congestion of trouble under the democracy which has never functioned » in the homonymous song Klue, « Hanging oneself with the five ring of the Olympics » referring to the Tokyo Olympic Games supposed to be held in 2020 in replicant or the explicit ending « Kill god, kill authority, kill system, kill GEZAN » in Sekiyōbi. In addition, the song Free Refugees stands out in particular by being a reference to a tweet that went viral in 2018 when the Immigration Bureau of Tokyo was complaining about the apparition of graffiti displaying in capital letters « Free refugees ». An interesting parallel appears then with the description of Tokyo that Mahito The People gave to the Japan Times by affirming that « Tokyo is a city of migrants, […] Everyone is an outsider here. Even though I didn’t particularly like the place, in that respect, I could feel at home in Tokyo ». Otherwise, the opening of KLUE is marked with a « Now, where are you listening to this voice? On a built-in speaker of iPhone? Or through earphones with your eyes shut on the train? » whispered to the listener and plant the album in a present reality.

GEZAN is still having this link to the present reality at this time in Japan, which is not spared from the COVID-19 health crisis. As part of an omnibus album for a financial support to the Namba Bears, GEZAN released on April 7, 2020 the song Shōmei and its raging lyrics against the government of the Prime Minister Abe Shinzō, considered too lax in these times of crisis. While the authorities have – so far – only called to a voluntary restriction of movements, the band chants « Virus Virus Virus Voluntary restraint mood. Do you all realize the identity of the monster? The government is raping our all phases of all-sense. If you don’t get mad now, when will the time come? » or « […] lost olympic year. Divide and divide and divide and divide. Hey Siri, how long do I have to stand this ? Ok Google, which part of this is OK ? Exercising voluntary restraint until 10 years after then are they satisfied ? Voluntary restraint for 100 years then satisfied ? ». As in KLUE, GEZAN calls once again the pleople to express their discontent, as expressed in the lyrics « Prove that you are alive here. Prove it either by flying or shouting. Don’t close your eyes but prove it. We have a voice, your own voice. Shout！».

Beside their own career, GEZAN became also a major player into the underground scene with the creation of Jusangatsu Records, an independent label. If it is mostly known for the production of the band’s albums and other related projects, such as NUUAM – Mahito The People and Aoba Ichiko‘s project – or the solo career of Mahito The People, the label also produced the albums of other artists such as 5000, VOGOS, or the hatch. Yet, Jusangatsu Records‘ main achievement for the underground scene is the creation of the Zenkankakusai in 2014, a do it yourself music festival where access to the concerts and food is free. Held on two dates each year – around the end of September in Osaka and the beginning of October in Tokyo – the festival has become one of the important musical events bringing together the entire Japanese independent scene and demonstrates that a part of the musical industry doesn’t want to follow the rules made by the majors and other mainstream institutions. During the various editions, many groups performed there such as the electro-rock band Have A Nice Day!, the rapper Tohji, the rock band Odotte Bakari No Kuni or the metal collective Violent Magic Orchestra, showing then the plurality of genres that exists in the Japanese underground world.

In addition, the 2019 Tokyo edition of the Zenkankakusai which was supposed to be held outside testified the determination that Jusangatsu Records and the members of GEZAN have in regard of their festival. Despite a cancellation at first due to the devastating super-typhoon Hagibis, the organizers succeed to convince in less than twenty-four hours a dozen of concert venues in Shibuya to open their doors to the festival-goers. Although it was organized as a matter of urgency, this version of the festival nicknamed Shibuya Zenkankakusai Human Rebellion brought together a nearly 3,000 crowd in this district in central Tokyo. To subsitute the cancellations of the bands who got stuck by the weather disturbances, the members of GEZAN performed on the stage not less than three times and called upon other bands of the underground scene of Tokyo who were not on the initial programmation. The success of this edition is reflected in particular in a documentary uploaded on YouTube where the AV director HMJM claims that he almost never saw such effervescence in the district, except at events such as Halloween.


Over the past two years, GEZAN has established itself as one of the essential band of the Japanese alternative scene. Likewise, the latest editions of the festival have confirmed that the Zenkankakusai is now one of the most important meetings for the artists who are off the dominant system of the music industry. While KLUE is so far the best album that GEZAN had produced, the ambition and determination of the band to ensure sustainability to the Japanese underground scene seems more proven than ever.

Despite a postponed tour and the 2020 editions of the Zenkankakusai threatened due to the COVID-19, GEZAN members show a desire to not be put down by this health crisis, as it can be seen through the sale of a t-shirt « Fuck Virus » or a tweet from Mahito The People mentionning the idea to hold the festival online. As the current pandemic situation is having devastating impacts on many sectors around the world, including culture and entertainment, it may seems wise then to support this industry by reinvesting the money from canceled concerts in CDs, DVDs or any other products related to the bands. 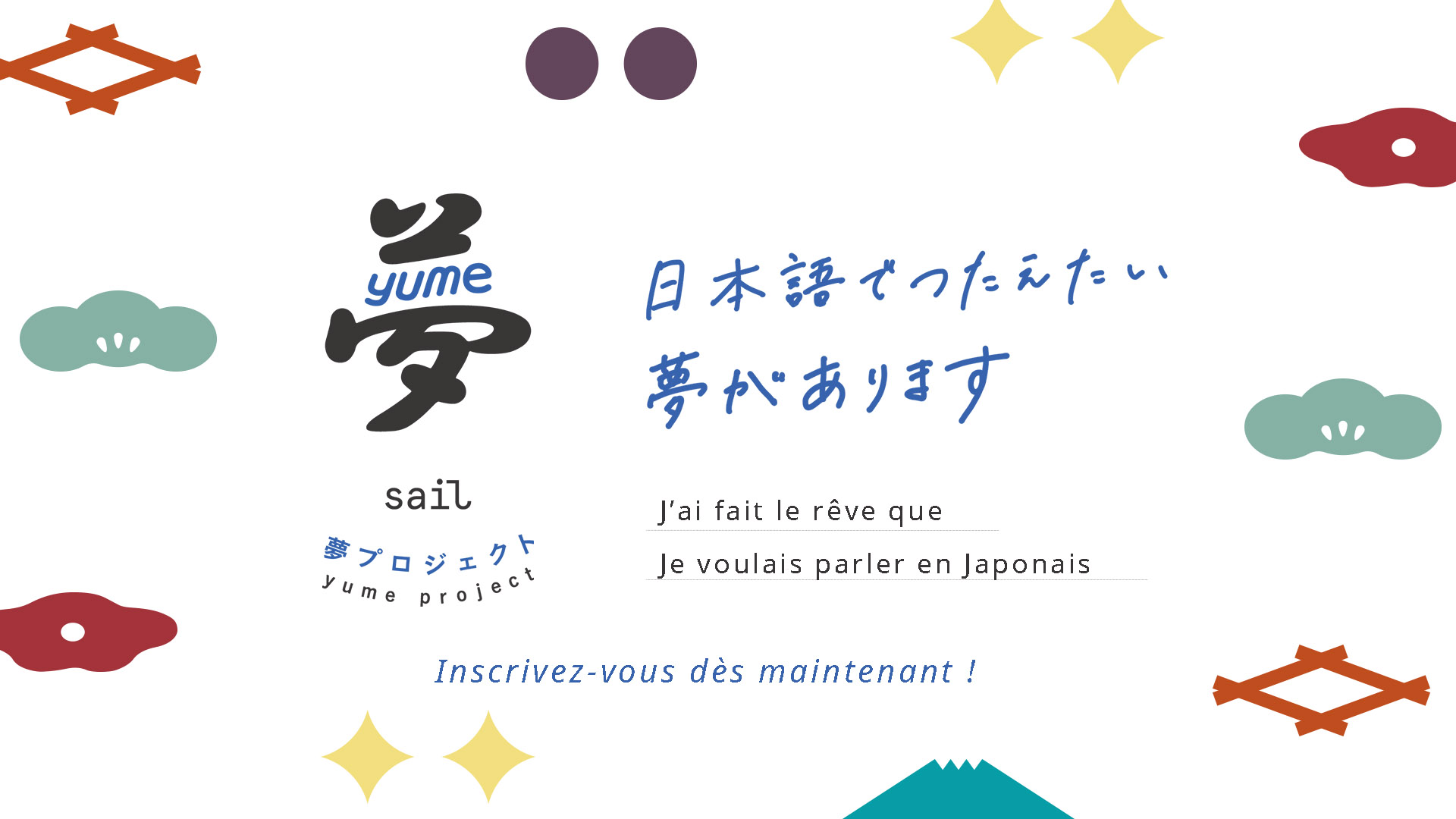 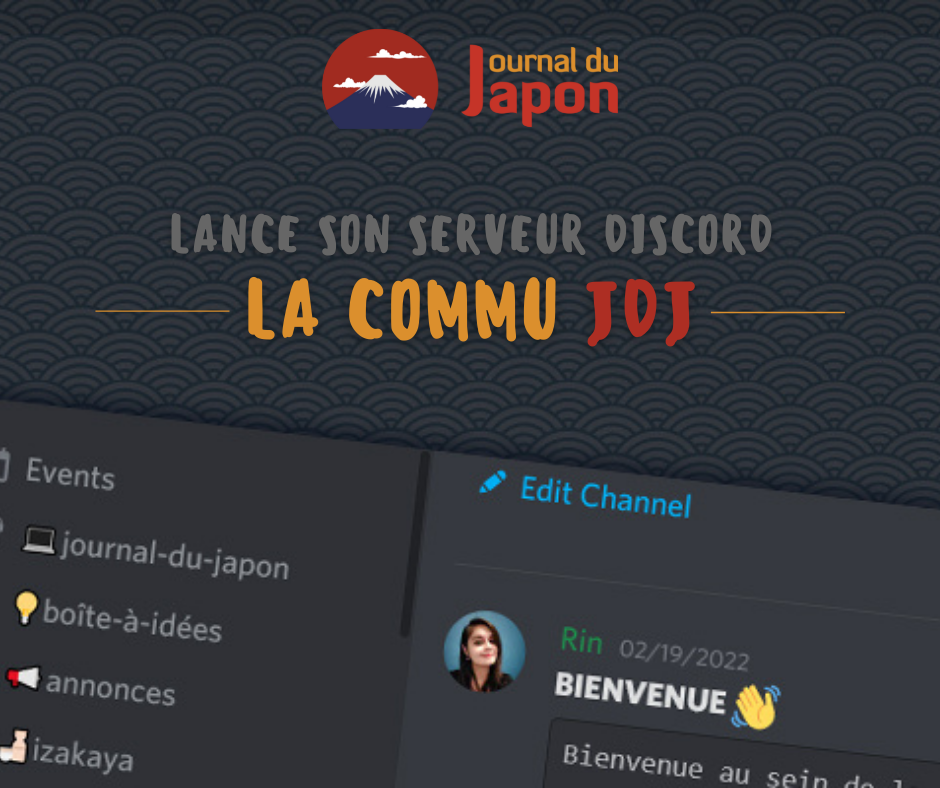