A meeting with the amazing Boichi, a man of passion!

Every manga reader is familiar with Boichi one way or another, either from his most famous piece “Sun-Ken Rock” or by any of the other five mangas available in France. Those who know more about him are aware that he’s a Korean author who has worked in Japan for many years. He draws incredible women and even more Seinen and he is also a huge fan of sci-fi and fantasy… but what else?
This july, the 42 years old author gave the editorial Doki-Doki the opportunity to publish the French version of the Sun- Ken Rock artbook. Moreover, for the second time ever, we had the chance to interview him, this time when he came at the Japan Expo 2015. It is time to go back to the first interview from last year and rediscover Boichi, his passion for crafts, his ideas and above all, his everlasting humor. This was one of the most unusual encounters we have had, see for yourself… 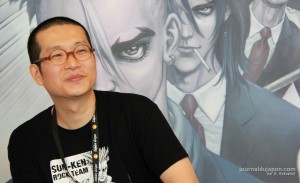 Boichi and the ladies

Journal du Japon: Hello Mr. Boichi… When we look back at your career, we realize that it has been amazing from the get-go. You are a sci-fi fan who began writing stories for young girls and went on for 10 years!

Boichi: Actually, I wanted to become a mangaka since I was very young (author’s note: he started to draw when he was only 2 years old and hasn’t stopped since), especially with sci-fi (author’s note: he has actually studied physics before) and that is what I have always strived for. However, when I was in college, my sister received a magazine with a lot of manhwas for young girls. It included a manhwa named “Lavy and Police” which caught my eye, so I began to practice drawing in that style of comics for teenagers. I used to send my drawings to that magazine on a regular basis and got rejected many times but, within two years, I managed to get featured and made my debut in that publication.
I must admit, my colleagues at the magazine back then already knew that I would draw manga with quite a few butts in them. (Laughters)

Well, since we’ve arrived at the  » ladies’  » topic, how do you manage to draw such gorgeous women? I have heard that Sophie Marceau was your inspiration since the beginning.

Thank you for your kind words, but I still make a lot of mistakes. I’m far from perfect and that is why I must keep practicing and improving. I try to draw the most beautiful ladies for the French fans! It is true though, I didn’t have the chance to draw many women and needed a female model. Then I watched the movie “The student” with Sophie Marceau for the first time and I told myself that she was exactly who I wanted to draw, that face and body.

Yumin, the female hero in SKR looks a little bit like Sophie Marceau in the 14th volume! © Boichi

Having said that, the young girls that I draw nowadays do not always look like Sophie Marceau as she is today. I think that…

Boichi turns to look at the redactor who was with us during the interview.

If I had met her now, I wouldn’t have been able to choose Sophie Marceau (Everyone in the room laughs and the redactor’s face turns into a bright shade of red)

I’ve realized that French women are really beautiful, and my readers are even more, therefore, I will do my best to meet the expectations of these beauties! (Laughters)

Now, let’s go back to your journey and more serious stuff. In 1996 and 1997, you fought against the Juvenile Protection Act in South Korea, a group that wanted to censor quite a lot of artworks and most manhwas for adults. That also took a toll on your career which led to the decision of leaving the country in 2003 and continue your work in Japan. More than a decade has passed. What is your opinion about that period of your life, your choice, and the evolution of manhwa in South Korea?

I cannot help but love the Korean manhwa, it is an eternal love which I was born with. However, the law that you have mentioned destroyed many of our liberties, and if we banish liberties, manhwas cannot exist anymore. It is one the causes of unemployment, many magazines are no longer published and most of the manhwagas (manhwas’ writers) that I knew – some of them even more talented than myself- are currently unemployed or live poorly from a different profession… that they don’t love.

Freedom is everything to an artist, it is like a heartbeat. Without freedom, we lose everything we have, it is the essence of manhwa. That is why I want to encourage every person who is fighting for freedom to carry on. I know that in France, you have had many battles to protect your own, that is why your art has such beauty. (Author’s note: Boichi meant the following drawing, that has to do with the attack back in January 2015. You can find more information here )

That being said, I still continue to fight for freedom in Japan…

Well, that is the job of my editor, Mr. Sumi, who is here with us. He hates to see too many panties in my work!
Everyone in the room laughs, we turn towards the editor to ask him the question…

Mr. Sumi: No means no.
Laughter in the room ensues right in front of the author-editor duo, then Boichi turns back at us.

Boichi: As you can see, I have to fight for freedom every single day, it is the key to be able to draw panties! (Laughter) 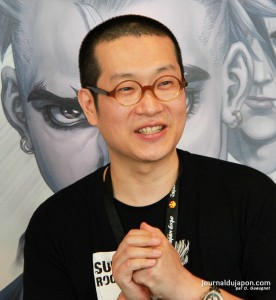 In another interview that took place in a festival in Italy with our colleagues from Coyote Mag, you mentioned that your work must contain three aspects: strength, emotion and also irony. We definitely understand strength and emotion from reading your work, but what about irony?

Did I say that? I have no clue why I mentioned irony! I wonder what I meant by that…

In your work which includes action, we always look for strength and emotions but, in your opinion, what do you want to add that would set you apart from others?

Hmmm… I want to say irony, I think that’s a great answer! (Laughter) I don’t know why buy my guts tell me that the answer isn’t bad at all! (Laughter) 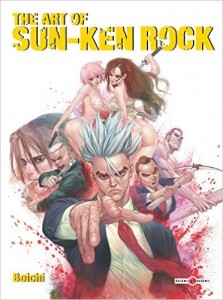 To finish the interview… You are now 42 years old, one could say that you are in the middle of your journey. In your opinion, what is missing for you to become the mangaka that you want to be in the future?

In fact, the readers can give you the answer to that question. They are the ones who have the ideal manga in their minds and know what a manga should contain and everything it should bring to the reader… that’s where the answer lies.

As for me, I believe I still have a lot to learn. My job as a mangaka might as well be compared to the long spiritual journey that leads to enlightenment in Buddhist religion, or even to a Kung- Fu master that trains nonstop to master his art. Just like the life of Miyamoto Musashi: daily training to always strive for reaching the next level.
It is this spirit that we find in Japanese mangakas, that is how they were able to reach their current level and it is what I work for. If French readers appreciate me, I don’t think it’s only because of the drawings but also because of all the efforts and force of will that keep me in constant improvement.

Unless it is all about the pretty girls I draw! (Laughter)

It may be a little of both! (Laughter) Thank you Mr. Boichi!

You can find Boichi and his work in the artbook published by Doki-Doki editions, entitled The Art of Sun-Ken Rock. We were able to talk with the author in a former interview for our columns, where he talks about the 22nd volume on his French editorial website (spoiler alert). We managed to learn new informations in the interview made by our colleagues from Coyote Mag, informations which are quoted in this interview. Finally, if you want to get to know and support Boichi’s work, you can visit his  DeviantArt page. The 22nd volume of Sun-Ken Rock was released recently but don’t worry, the 23rd has been announced for the end of this year in Doki-Doki. Take a look at the cover… 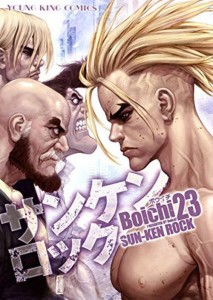 Our gratitude goes to Boichi for his time and great sense of humor. We also thank his interpreter, his editor Sumi, and the staff of Doki-Doki for lending us their space to have this interview. Photos D. Gueugnot © journaldujapon.com – All rights reserved. 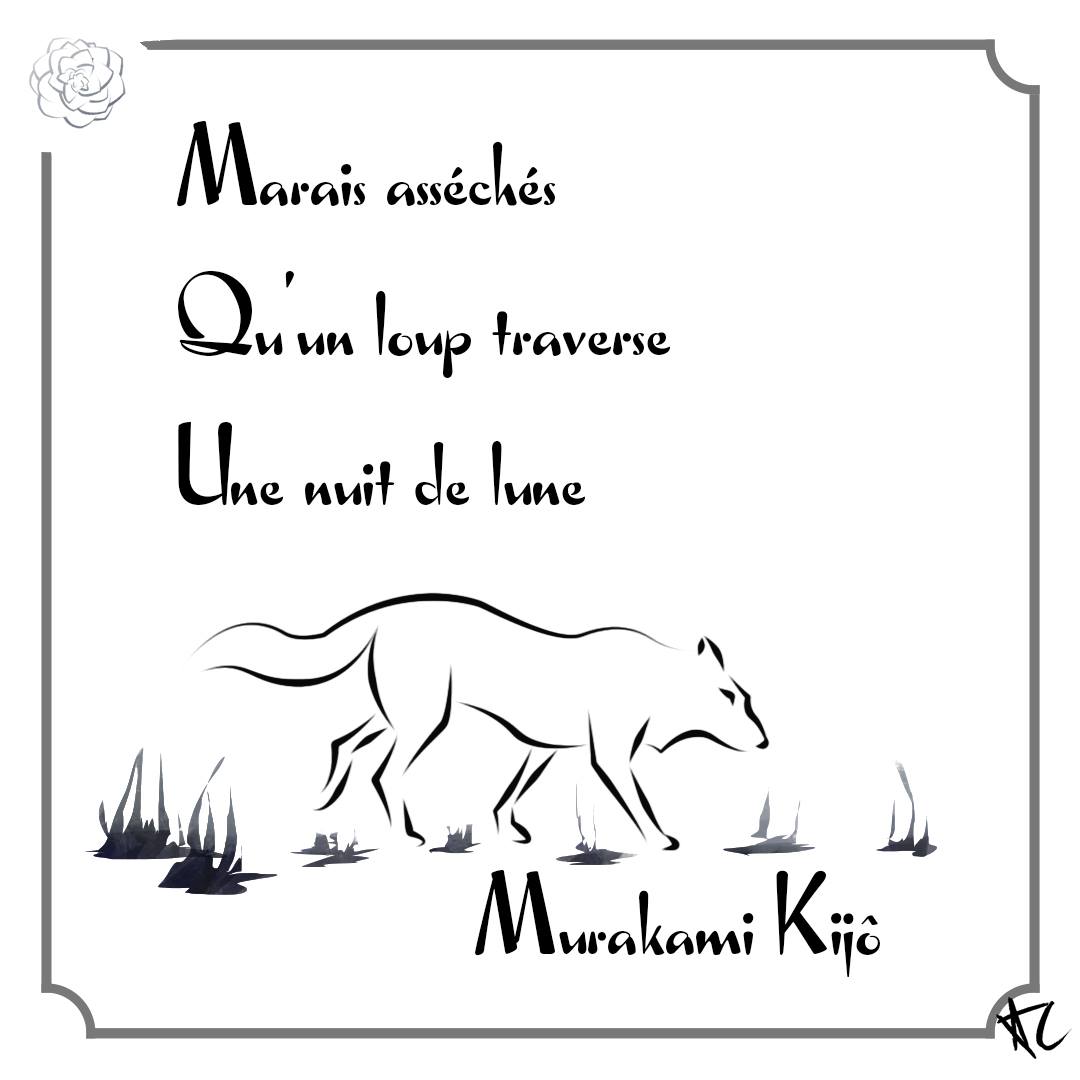