I Promised Once: the nippo-Germanic metalcore band to follow!

In 2017, Journal du Japon made you discover the group nMy, a French-Japanese group with multiple inspirations. This time we go on the Japanese metalcore scene to present I Promised Once (or I.P.O.), a group composed of German and Japanese members who mainly live on the Tokyo scene.

Preamble: What is metalcore?

Metalcore is a derivative of heavy metal and hardcore punk that originated in the United States in the 80s. Compared to heavy metal, the metalcore incorporates heavier sounds and a slower pace. In addition, guitar solos are more numerous.

Unlike heavy metal (like Metallica for example), the metalcore song is often very serious and screamed / shouted. Historically, the debut of metalcore is attributed to the Black Sabbath band. But commercial success was felt in the early 2000s with the arrival of bands such as Trivium, Killswitch Engage, Bullet For My Valentine or As I Lay Dying. The scene is considered underground, although it tends to be democratized in recent years with the arrival of groups such as Crystal Lake, Crossfaith or Coldrain in Japan or Trivium, Bring Me The Horizon or Architects on the Anglo-Saxon side.

I Promised Once, when Japan and Germany are one

Created in 2014, the group I.P.O. is presented as an electro-metal group. Released the same year, the first single Broken Dreams was then part of the TOP 10 of the best bands to come on the same year after Geki Rock, the major site of the rock world in Japan. At the beginning of 2015, they collaborate with the German metalcore band Eskimo Callboy for the release of their new album New Blood. Following this release, they had the opportunity to participate in festivals such as Countdown Japan and Design Festa. In 2016, they release their second EP, Dust to Dust. The group then began a Japanese tour and continued with its first European tour through 6 countries. They released in 2018 a new EP Salvation.

Now that you know more about this promising group, let’s go together!

Journal du Japon : Hello everyone, thank you for agreeing to answer our questions. First of all, can you introduce the group I Promised Once and its members one by one, please?

Nils – I.P.O. : Hello ! No problem and thank you for this opportunity! I.P.O. has 4 regular members: 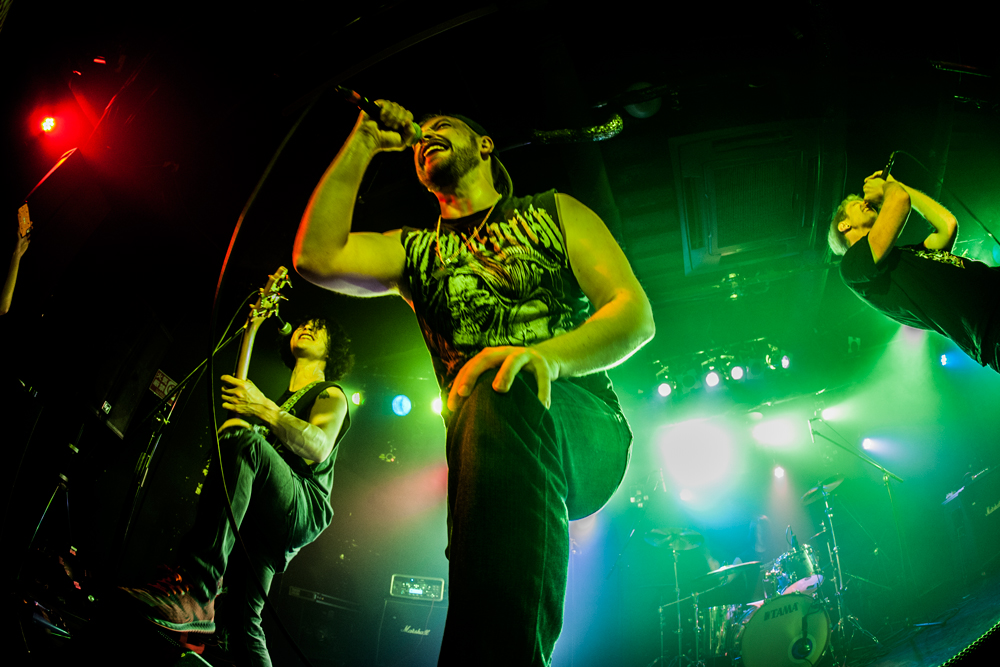 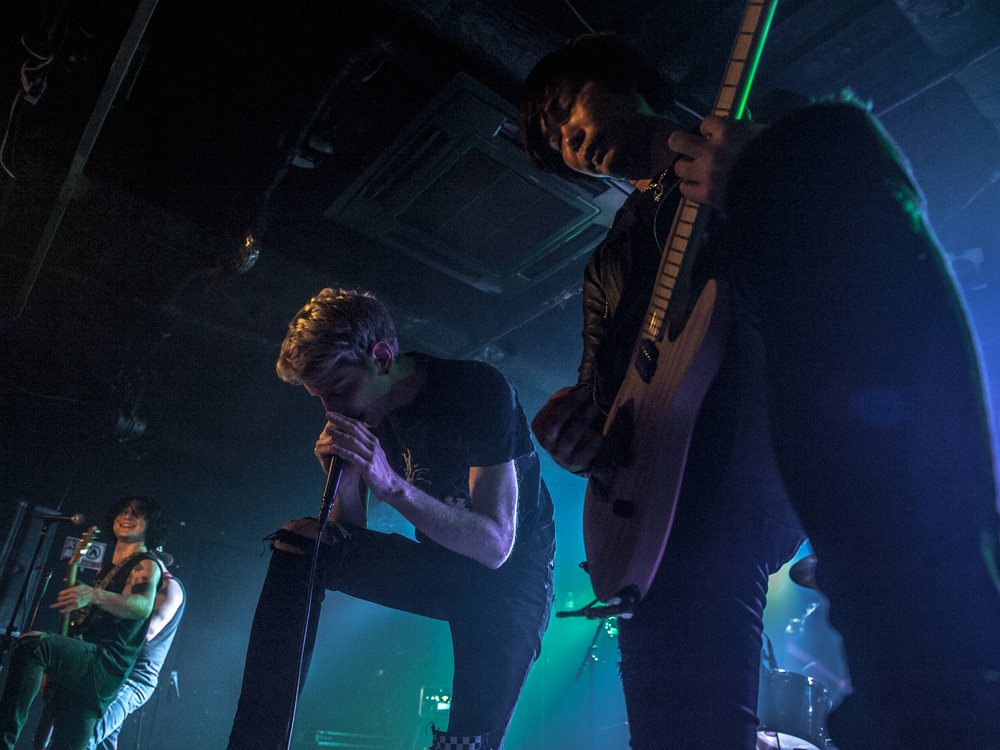 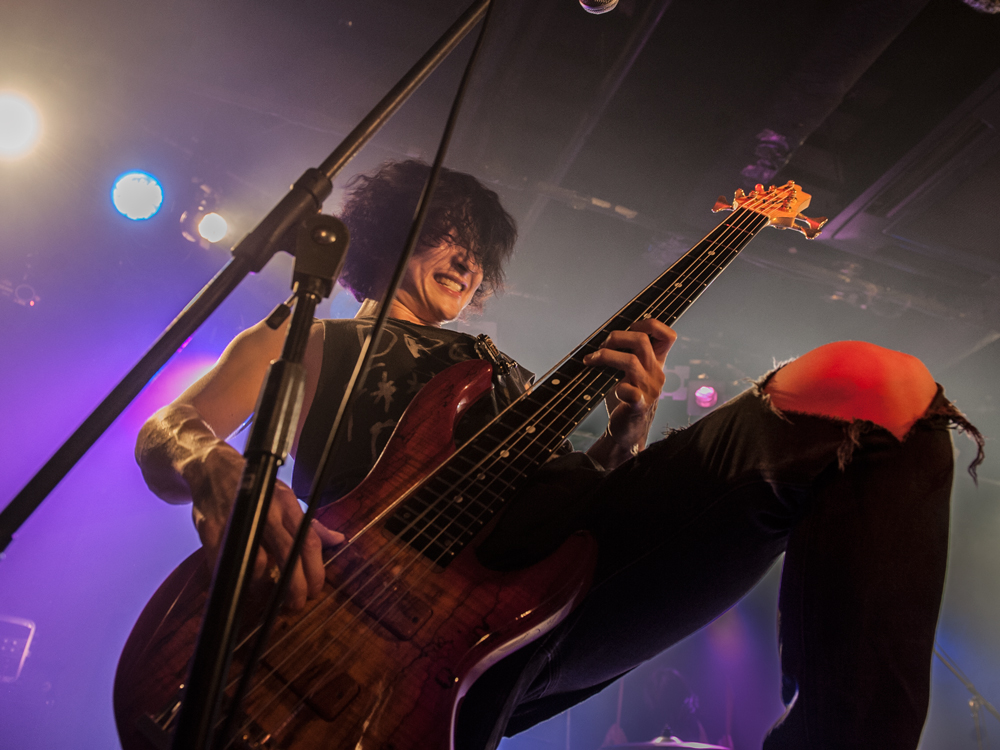 Since when is each of you a musician and why did you choose your instrument more than another? The group is German / Japanese. How did you meet each-other ?

We have all been doing music either as musicians or producers since over 10 years.  Nils & Kunio always liked the guitar the most when they were younger so that is what they are sticking with ! Joe actually has experience with several instruments, but for this band he chose to play the bass. Flo is an electronic music producer and DJ & he likes singing, so we asked him to be our main vocalist.

We all met in Tokyo, Flo & Nils lived in the same share-house many years ago, Kunio was a friend we met through an old band of his and Joe was recruited to an online message board.

Why did you choose to do metalcore specifically ?

We just love the energy this style of music brings and it is also style which is suited for mixing with other genres. Our style itself is best described as « Borderless Metalcore » since we do not want to limit ourselves to only one dimension of sound, but rather would allow the different musical background of our members to fully shine. 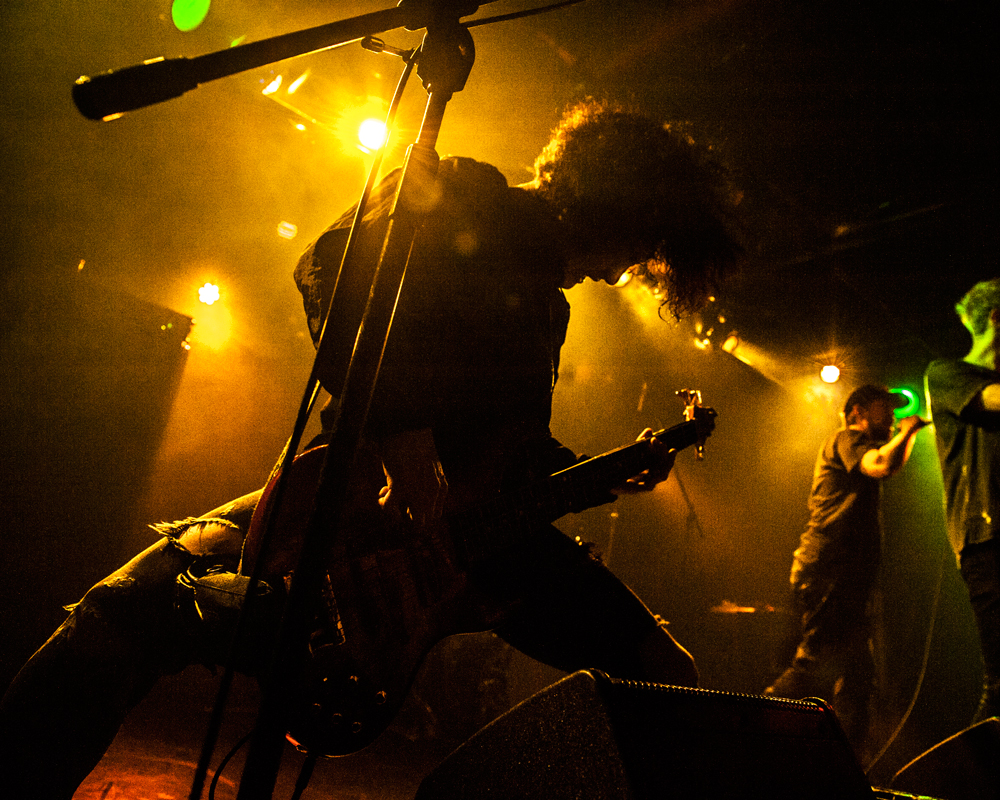 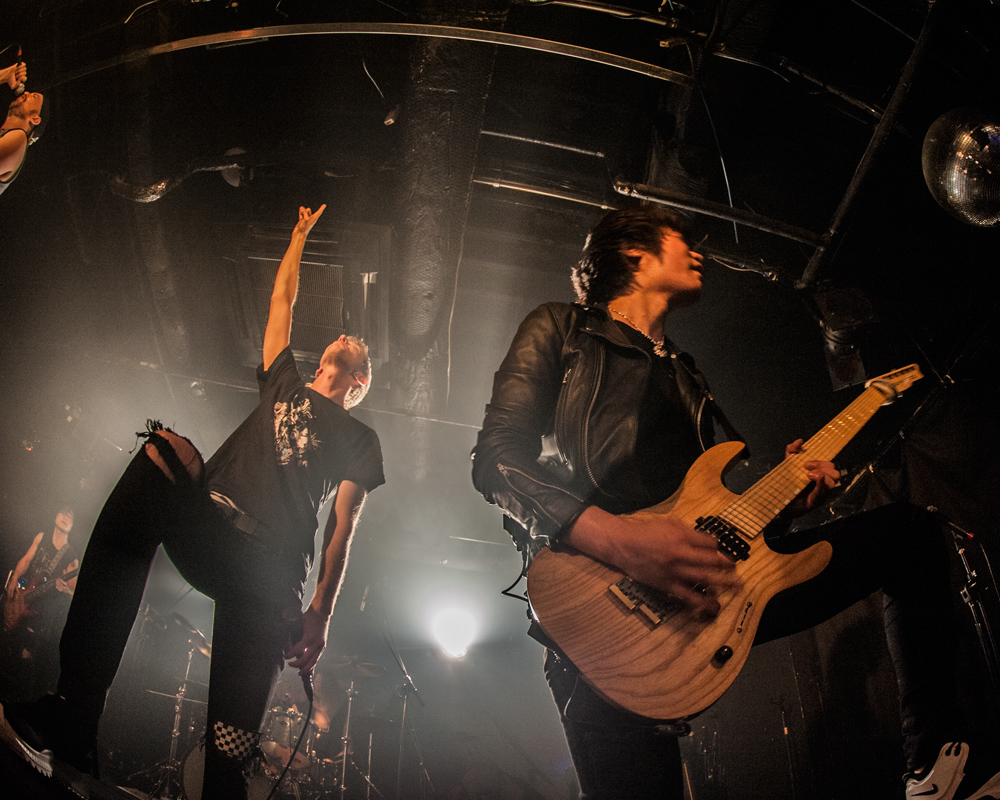 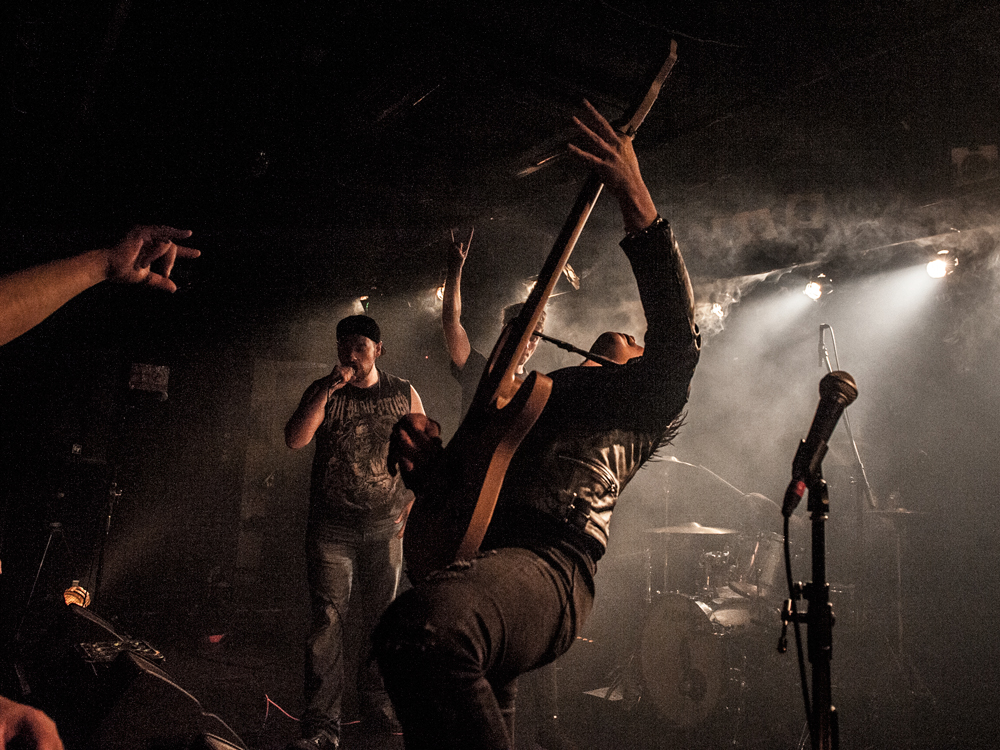 In France, the Japanese metalcore scene is mainly known through bands like Crystal Lake or Coldrain, how do you rate your music compared to these 2 bands?

It is always hard to compare yourself to other bands since every band is different in their sound. Crystal Lake is more heavy towards Djent (Note: a subgenre of heavy metal) & Hardcore, while Coldrain also has a healthy portion of alternative rock influences. We are more situated in using classic Metalcore as our bass, however we like to also expand our horizon by utilizing hip-hop, electronica, classical instruments etc .We really appreciate & respect those 2 bands you mentioned since they put the Japanese heavy music scene on the map in Europe as well as the US !

What are your musical inspirations and influences to everyone?
Nils is definitely the guy in the band who listens and was influenced by metal & hardcore the most. He likes metalcore bands like Unearth, Killswitch Engage, Parkway Drive as well as Melodic Death like At The Gates, In Flames, Soilwork and The Black Dahlia Murder.

Joe is a jack of all trades, he likes alternative/nu metal like Korn, Taproot, Limp Bizkit, Breaking Benjamin as well as reggae and Jazz.

Kunio is based in the J-Rock Scene, his favorite guitarist is Hyde but recently he is also interested in artists like Ed Sheeran.

Flo’s background is in electronic music ranging from Drum&Bass to Dubstep, but he also loves composing film music as a hobby. 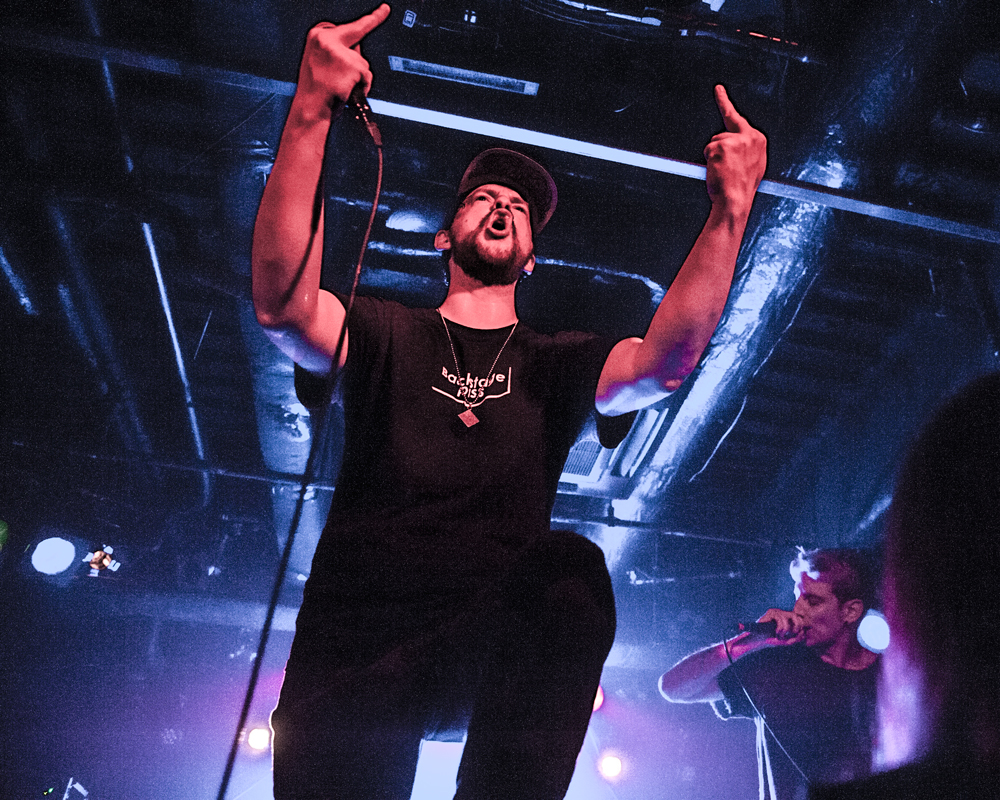 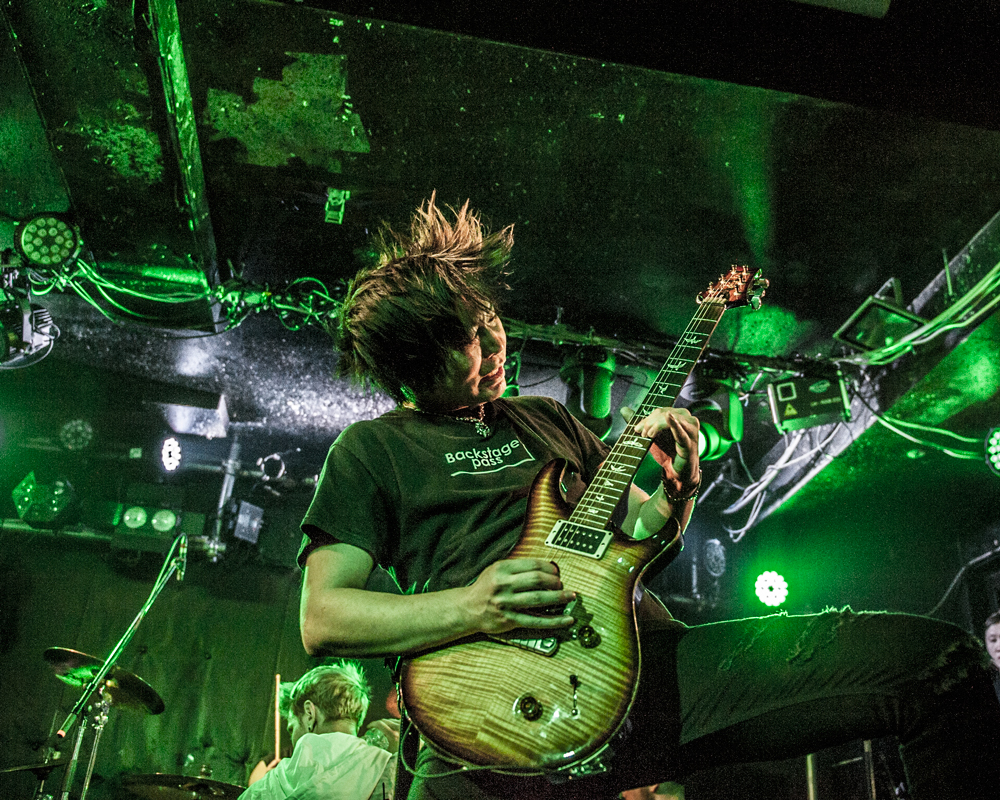 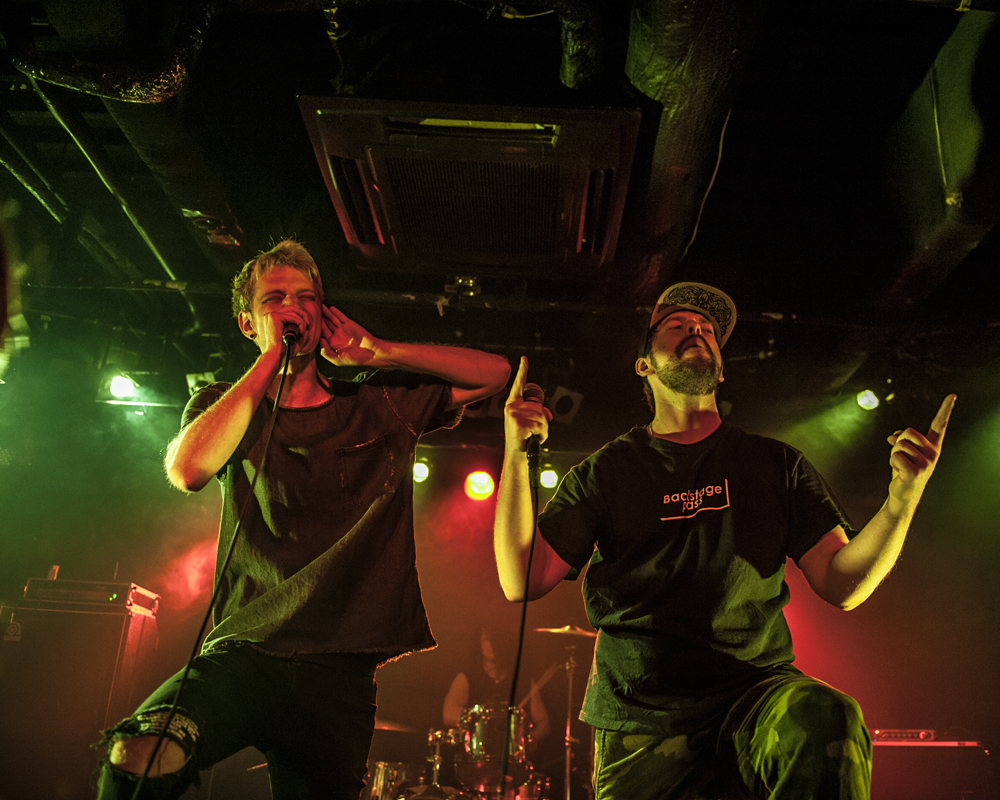 What are the messages that can be found in your songs?

There is a wide range of topics we cover depending on the inspiration for each song :
Our last album « Salvation » was based on the idea that persons have a chance for redeeming themselves even though horrible things might have happened to them or has caused pain to another person. Darkness in the world will be balanced by light, so the concept of Yin & Yang has also influenced the writing.

Flo and Nils, you are German both. Why did you choose Japan?

Both Nils & Flo moved here after they graduated university because Tokyo was always super interesting for us. We always wondered what it would be like to do music there on a more permanent basis which is why we tried very hard to be able to live here, including becoming fluent in Japanese.

What attracted you to this country?

Tokyo is unique & crazy, but actually one of the safest big cities in the world ! Also the food is amazing almost everywhere you go with an infinite amount of choices. We love the sense of community the scene has here even though the city is so huge ! 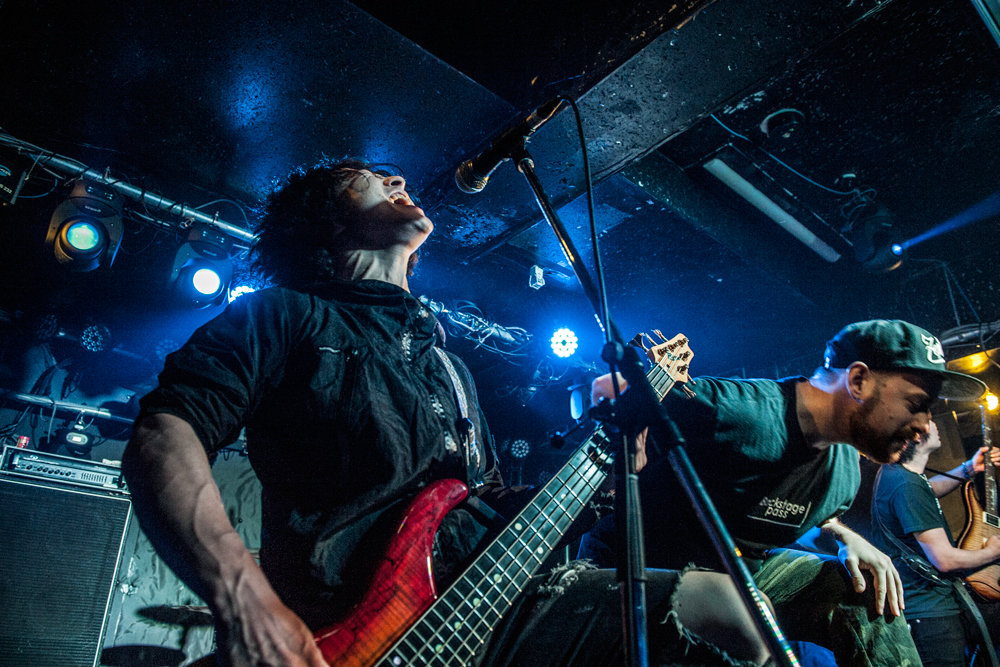 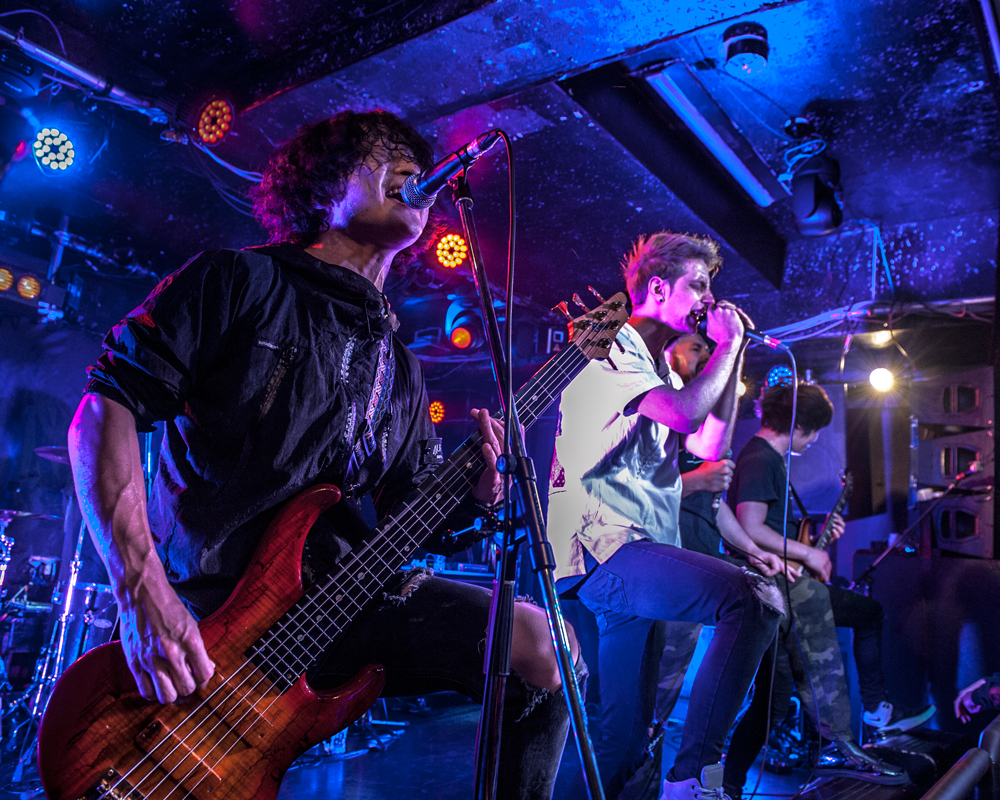 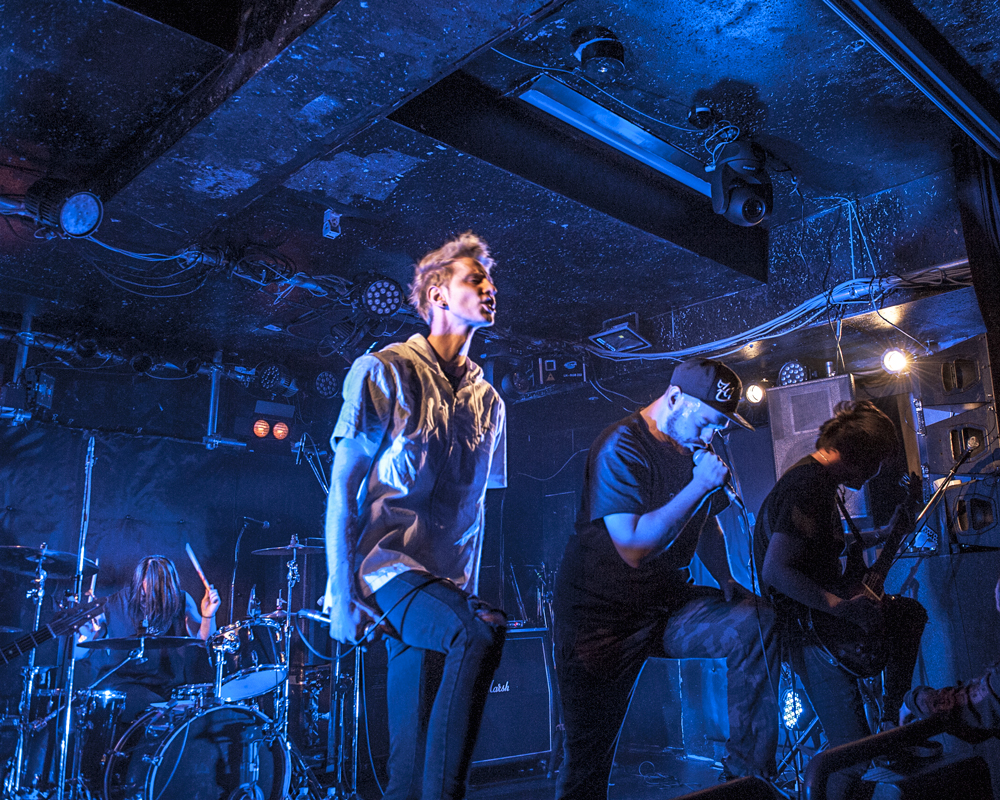 What is the daily life like for musicians in Japan?

Not going to lie, living in Japan as a musician is pretty tough… the society here still expects everyone to contribute in more traditional jobs in order to make a living. Compared to Europe & the US the metal scene is quite small and there are not as many venues/cities for this kind of music as you would expect. However, what we love about Japan is that people still love to buy CDs and support the bands by buying a lot of merch !

You wrote a song in German and Japanese, Break, featuring Blumio (a German rapper of Japanese origin). Can you tell us a little about the history of this story and its symbolism? What are your aspirations for the future?

This song is a poster child for the Borderless Metalcore idea that we are going for. We have known Blumio for many years while he was still living in Germany and when we wrote Break we realized we need someone like him to join this track as a feature ! This is our first song where we used Japanese, English & German lyrics to truly make it a global cooperation.


Do you intend to do a European tour? Maybe with another group?

We are currently exploring several options in France & Germany to tour with other groups and we hope we get the chance to play a third time for our European fans since we had a lot of fun the first 2 times !

We hope to see you soon on the European scene!

Find the web sites and social networks of the group:

Discover also their music on the different musical platforms:

Many thanks to I Promised Once for answering our questions! 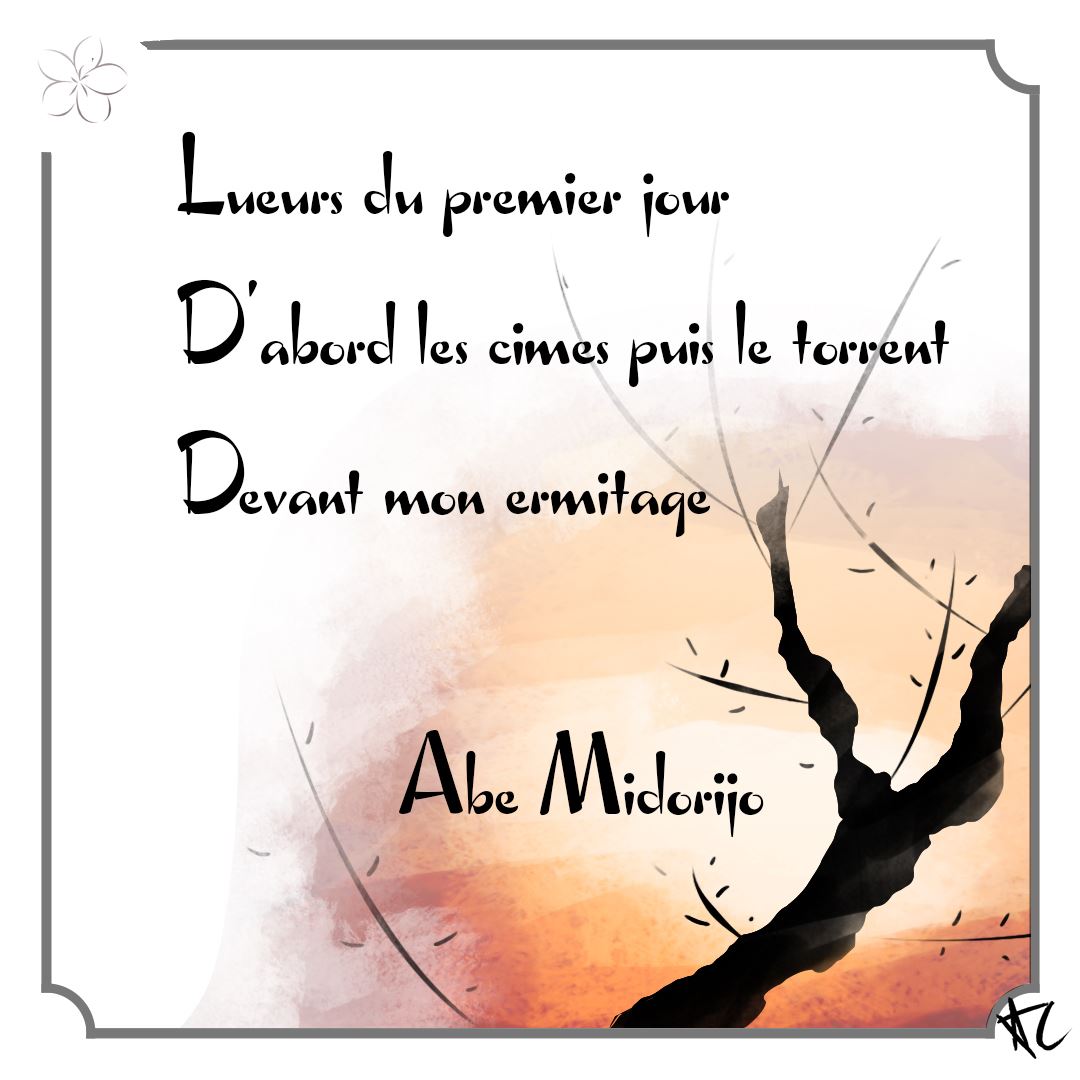